Seabury Readers: Which of these Best Teen Books for 2011 should we order for the library?

Every year around this time, Ms. Sefton asks her Sophomore English students for a "creative representation" of Dante's Inferno. She's always thrilled with the results.

The cake took three big sheet pans, many hours of preparation, and a vivid imagination to complete.


After everyone admired Isabella's work of art, it was plates all around for classmates, followed by helpings by other classes. By the end of the day, the masterpiece was gone.

Isabella's (modest) comment? "It was more fun than doing a drawing."
A couple of days later, Ms. Sefton gave me a tour of her classroom, with the other creative representations still out. She pointed to a hell quilt meticulously crafted by Andie, who cleverly used color to show the intensifying heat.
Ms. Sefton continued around the art-filled room and stopped at a piece created by Valentin, who graduated last year. "I cried when I first saw this." Ms. Sefton said softly.

(Valentin is attending School of the Art Institute of Chicago. He has his own artist Facebook page.)

Ms. Sefton pointed to a stuffed creature in the corner. "We've had to stitch him up a couple of times -- the students just love him!"

She was referring to a stuffed Cerberus designed and hand-sewn by Dominic, a couple of years ago. Dominic just happened to be in the area, so we cajoled him into having a photo taken with his three-headed creation.
◊ ◊ ◊ ◊ ◊
Ah yes, the imagination ... it's such a wonderful thing. And we are the joyful beneficiaries.

Congratulations to all of Ms. Sefton's students, for their fantastic "creative renditions" of Dante's Inferno throughout the years!

I wonder what next year will bring ... 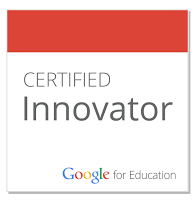 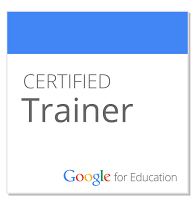